Home
Science & Tech
SCIENCE & TECH: Will a Pre-Maya Skeleton be Destroyed by the Maya Train?

SCIENCE & TECH: Will a Pre-Maya Skeleton be Destroyed by the Maya Train?

A cave-diving archaeologist has made a remarkable discovery in Mexico – a Pre-Maya human skeleton which may date to as far back as the end of the last ice age. It’s a fascinating find, but the human remains, which may be 8,000 years old, could be destroyed by the Mexican government’s plan for a high-speed tourist train…or maybe not?

When archaeologist Octavio del Río and diver Peter Broger spotted the skeleton and its shattered skull partially covered by sediment, they knew that it must have been in the sinkhole cave, referred to as a cenote, when rising sea levels flooded it thousands of years ago. Del Río believes that the remains may be 8,000 years old, dating the individual to the end of the last ice age . He said that the skeleton was found about 8 meters (26 feet) underwater and about half a kilometer (one third of a mile) into the cave system. Del Río also said that they can’t be certain “if the body was deposited there or if that was where this person died.”

The Pre-Maya human remains were found in a cenote near a section of the Tren Maya route. ( Peter Broger/ INAH )

Will the Pre-Maya Skeleton be Destroyed?

The cenote location, which is being kept under wraps for fear of looting, has been registered by the National Institute of Anthropology and History (INAH) of Mexico. The INAH released a statement telling the public that they’ve known about the site since 2019, however members of the Quintana Roo state branch’s Holocene Archaeology Project have yet to scientifically analyze it, meaning the exact age of the skeleton remains unknown. The institute only calls it Pre-Maya.

The location of the cenote holding the Pre-Maya skeleton is “near” a spot in the jungle where trees have been cut so train tracks can be laid for the Tren Maya (Maya Train) project. What constitutes as near, and the question of how much of a threat the train poses for the skeleton found in the cenote, depends on who is speaking.

While some, such as Del Río, assert that the archaeological feature may end up contaminated, closed off, or even collapse due to the building project, the INAH states that the cenote is located “400 meters to the right” of the train’s route “where studies show that the train will not have any impact.” Nonetheless, the INAH affirms that they will continue to monitor the situation and the impact of the Tren Maya building project at this and other locations.

It’s also worth mentioning that the institute emphasizes that Octavio del Río does not currently work for or with them.

However, the archaeologist Octavio del Río has been exploring the region where the Pre-Maya skeleton was found for some 30 years, and has made some significant findings in that time. For example, in 2002 he was one of the people who discovered and catalogued the remains of a person known as The Woman of Naharon, an individual who died around 13,000 years ago.

In del Río’s opinion, the Maya Train route through the jungle should be abandoned in favor of a route along the coastal highway between Cancun and Tulum, which has already been impacted and was the original plan for the train. He said, “What we want is for them to change to route at this spot, because of the archaeological finds that have been made there, and their importance. They should take the train away from there and put it where they said they were going to build before, on the highway … an area that has already been affected, devastated.”

But the highway plan was tossed away in favor of the jungle route for the train when hotel owners complained and concerns were raised associated with the cost and traffic interruptions that could take place if the train went that route. 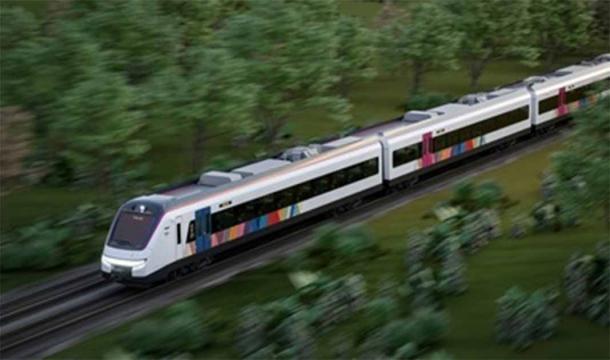 This isn’t the first time the Maya Train route has been linked to a controversy. As noted by Sahir Pandey in a previous article for Ancient Origins, the “ambitious, and highly controversial” train set to traverse the Yucatan Peninsula in south-eastern Mexico has been met with considerable opposition.

Ever since the plans for the Tren Maya were first announced in the winter of 2018, local indigenous peoples, historical conservationists, the Zapatista guerrilla group, and a significant number of other Mexican citizens have argued against it. Their primary concern? The peninsula holds a number of ancient Maya sites which can be disturbed or even destroyed by the project.

The concern is real, in some places train tracks run parallel to known archaeological features, as the INAH itself even indicated in a statement in 2021. (Curiously, that statement is no longer available on the INAH website.) In October of 2021, CNN noted that hundreds of ceramic finds, as well as burial sites and mounds and bases with complex architectural structures have been identified using GPS georeferencing, topographic satellite images, and LiDAR (Light Detection and Ranging) on the periphery of one of the sections of the train project that connects the city of Palenque, in Chiapas, to Escarcega in Campeche.

You can read more about the archaeological discoveries made during the construction of the Tren Maya project in ‘Mexico’s ‘Tren Maya’ Project Reveals Countless New Sites and Burials.’

Top Image: The Pre-Maya human remains were found in a cenote near a section of the Maya Train route. Source: Peter Broger/ INAH