Neanderthals and ancient humans consumed a surprisingly complex diet writes a study in Antiquity. Their cooks conceived and prepared multi-ingredient recipes that included a shockingly diverse mixture of plant types and flavorings. It seems that Paleolithic period chefs were quite active and inventive, and invested a great deal of time and energy developing their skills and knowledge of how to create culinary masterpieces that would please the palates of even the most discriminating eaters. Well, at least for the palates of humans tens of thousands of years ago.

The findings come from a report just published in Antiquity that shows how diverse the ancient diet was. In separate excavations at Shanidar Cave in the Zagros Mountains of northern Iraq and the Franchthi Cave in southern Greece, archaeologists recovered the burned remains of ancient plant material that had been used for food. Dating procedures showed that the remnants found in Shanidar Cave, a Neanderthal enclave, were approximately 70,000 years old, while the carbonized plant matter discovered in Franchthi Cave, an early modern human hangout, could be dated to around 10,000 BC.

Through a careful chemical analysis of this material, the researchers were able to determine that both early modern humans and their ancient Neanderthal cousins did not simply consume what they hunted or gathered as it was. They actually appreciated variety like we do now, and cooks from both species frequently prepared complicated meals that took several steps to complete.

“We present evidence for the first time of soaking and pounding pulse seeds [the seeds of legumes] by both  Neanderthals and early modern humans  (Homo sapiens) at both sites, and during both phases at Shanidar Cave,” Dr. Ceren Kabukcu, an archaeobotanist at the University of Liverpool who led the new study, told the Guardian. “We also find evidence of ‘mixtures’ of seeds included in food items and argue that there were some unique preferences for specific plant flavors.”

The soaking and pounding of the pulse seeds at the Neanderthal cave in Iraq 70,000 years ago is the oldest example of food processing activity found anywhere in the world outside of Africa, Dr. Kabukcu confirmed. 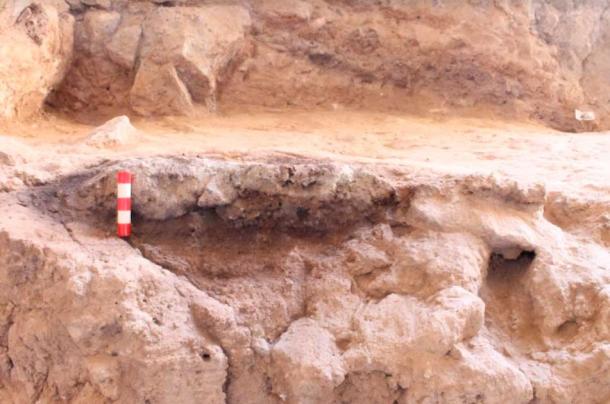 The team of British scientists analyzed the carbonized plant materials found in the caves under a scanning electron microscope. This allowed them to identify the types of food plants they came from, and to discover how they were modified before being cooked and consumed.

What this study revealed is that the crushed seeds of beans and lentils were frequently mixed with different types of wild nuts, peas, grasses, and wild mustard, to create a more complex and flavorful eating experience. The legume seeds were soaked before being cooked, to make them softer and more chewable and more readily able to blend with other ingredients.

“Because the Neanderthals had no pots, we presume that they soaked their seeds in a fold of an animal skin,” explained Shanidar Cave excavation leader and study co-author Chris Hunt, a professor of cultural paleoecology at  Liverpool John Moores University .

Unlike modern master chefs, Neanderthal food preparers did not usually remove the hulls from the seeds of legumes. As a result they would have had a more bitter taste than processed beans or lentils consumed today.

In a bit of a daring move, Hunt and his colleagues recreated and prepared one of the Neanderthal recipes, based on the contents of one particular set of preserved food fragments. They used nuts harvested from other local caves.

“It made a sort of pancake-cum-flatbread which was really very palatable—a sort of nutty taste,” Hunt said.

Dr. Ceren Kabukcu expressed great surprise at her team´s discoveries. A lot of evidence has emerged in recent years to show that Neanderthals and early modern humans ate a mixed diet that included fruits, vegetables, nuts and meat, and did not rely exclusively on animal protein to survive. But Dr. Kabukcu had expected to find the remains of only plant roots and tubers, which were high in carbohydrates and would have been easy to find and prepare in Paleolithic Eurasia.

It is clear that ancient chefs cared a lot about making foods that tasted good, and if they cared about flavors so much it is obvious the individuals they were feeding did as well.

Previously, it had been assumed that people only began to develop their cooking skills following the Neolithic transition that sparked the Agricultural Revolution between 6,000 and 10,000 years ago. It was thought that those who hunted and gathered wouldn´t have made the effort to experiment much with food preparation.

But it now seems that the Neanderthals may have produced the world´s first group of truly creative and outstanding chefs.

“This points to cognitive complexity and the development of culinary cultures in which flavors were significant from a very early date,” Dr. Kabukcu said in an interview with the Telegraph.

One of the more intriguing aspects of this story is the amazing similarity between the food preparation practices of Neanderthals living in Iraq 70,000 years ago and those of early modern humans living in southern Greece in 10,000 BC. Despite their distance of separation in space and time, this incredible fact raises the possibility that Neanderthals and ancient humans actually shared a culinary tradition. If this is true, it means that certain recipes and food preparation techniques were exchanged between the two species and then passed down by both until the Neanderthals went extinct 40,000 years ago, after which human chefs and food historians would have been left to carry on the tradition.

This idea is only speculation at the moment. But that could change, if evidence emerges during future archaeological investigations showing that ancient Neanderthal and human chefs were mirroring each other´s activities in other times and at other places.