The Black Death or Black Plague killed somewhere between 75 and 200 million people in just seven years, from 1346 to 1353. About 50 million died in Europe alone, which made it the epicenter of the deadliest plague in human history. And until now, no one had pinpointed the Black Death origin location, despite clear evidence that it entered Europe from the east.

There is no doubt about what caused the Black Death. It was a highly hazardous bacterium known as Yersinia pestis , which was primarily carried by rats before being passed on to people. But while the biological source of the terrible medieval plague was known, the Black Death origin or start point has never been geographically proven.

The truth about the Black Death origin location has finally been revealed, as a result of the work of a multidisciplinary team of researchers from the Max Planck Institute for Evolutionary Anthropology in Leipzig, the University of Tübingen in Germany, and the University of Stirling in the United Kingdom.

These researchers combined data from archaeological, historical, and genetic studies, and through this complex approach they were able to trace the true beginning of the Black Death to a particular spot in the Central Asian country of Kyrgyzstan, and specifically to the year 1338!

Excavation of the Kyrgyzstan Kara-Djigach site, in the Chu Valley in the foothills of the Tian Shan mountains, has yielded old evidence related to the Black Death origin site. These particular excavations were carried out between 1885 and 1892. (© A.S. Leybin, August 1886 / MPG)

How the Black Death Origin Location was Discovered

For the purposes of this new study, the scientists focused on discoveries made during archaeological explorations in an area of Kyrgyzstan in Central Asia close to Lake Issyk Kul. Based on discoveries from digs that took place there in the late 19th century, it was already known that some type of epidemic had caused a rash of deaths in a small trading community here in the years 1338 and 1339 (tombstone inscriptions had identified a lethal infectious disease as the cause of death for many area residents).

Until now, it hadn’t been possible to blame these early deaths on the Black Plague specifically, despite the intriguing nature of the timeline. But the researchers from the Max Planck Institute and their colleagues were able to reveal the truth through DNA testing of human remains from two sites where the infectious disease had caused a high death toll. Mixed in with the normal DNA of these Central Asian inhabitants were DNA samples that could be traced directly to Yersinia pestis . This revealed, without a doubt, that these individuals had been plague carriers at the time of their death in 1338 and 1339. 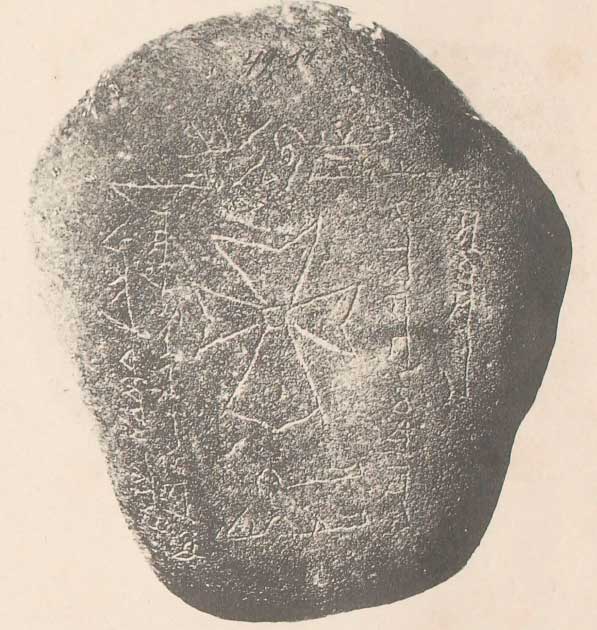 The Implications of the Black Death Origin Location are Huge

“We could finally show that the epidemic mentioned on the tombstones was indeed caused by plague,” Phil Slavin, an historian from the University of Stirling who contributed to the new study, explained in a press release issued by the Max Planck Institute.

A point of origin for history’s most notorious bacteria in modern-day Kyrgyzstan fits nicely with what is known about how the Black Plague traveled across Eurasia. In 1347, the killer disease reached the Mediterranean region on ships that were carrying goods acquired from territories near the Black Sea . From there the disease spread rapidly westward across Europe, North Africa, and the Middle East, leaving piles of bodies and a tremendous amount of fear and paranoia wherever it went.

Up to 60 percent of the population may have died in the places where the Black Death took hold. Even after the initial seven-year period of catastrophic death ended, the plague continued to ravage the population in a series of smaller outbreaks that took place over the next 500 years.

The point at which this multiplication of strains took place could not be pinned down, unfortunately, and could only be said to have occurred sometime between the 10th and 14th centuries.

However, the researchers involved in this new study worked hard to decode the mysteries of the plague’s evolution, and what they discovered is highly significant.

“We found that the ancient strains from Kyrgyzstan are positioned exactly at the node of this massive diversification event,” announced Maria Spyrou, a study co-author from the University of Tübingen. “In other words, we found the Black Death’s source strain and we even know its exact date [the year 1338].”

When Death and Catastrophe Descend From Foreign Lands

The linking of the Black Death to Central Asia raises the question of where exactly the plague bacterium came from. The diseases associated with Yersinia pestis were carried within wild rodent populations, which could be traced to so-called plague reservoirs where the various plague strains were originally confined.

Once again, this new research was able to answer an important question that had remained unanswered for decades.

“We found that modern strains most closely related to the ancient strain are today found in plague reservoirs around the Tian Shan mountains , so very close to where the ancient strain was found,” said Johannes Krause, a senior author of the new study and director at the Max Planck Institute for Evolutionary Anthropology. “This points to an origin of Black Death’s ancestor in Central Asia.”

The Tian Shan mountains include ranges that sit on the border between China and Kyrgyzstan, and cover parts of modern Tajikistan, Kazakhstan, and Uzbekistan.

Many issues about the Black Death origin location and history were cleared up by this breakthrough research project, which involved unique collaborations between archaeologists, historians, and geneticists. Data points from all three fields were put together like the pieces of the puzzle, and in their totality they provide a convincing case to suggest that the Black Death began in a specific area of Central Asia, from where it swept across the world and reduced the world’s population by a shocking percentage in less than ten years’ time!