When we hear the two words, “drugs” and “war,” used in the same sentence, we might think of the “War on Drugs” but what about drugs during war or drugs after war? Addictive drugs and armed warfare have a long and storied history from the Roman legion soldiers drinking too much wine to frenzied Viking berserkers on magic mushrooms. However, the almost unexplored amphetamine addictions of Nazi Germany in World War II were literally Hitler’s drug problems.

The WHO defines psychoactive drugs as “substances that, when taken in or administered into one’s system, affect mental processes, e.g., perception, consciousness, cognition or mood and emotions.” This broad-based definition includes many things we consume daily or weekly such as coffee, tea, tobacco, and alcohol, just to name a few.

Recent developments in the field of historiography, an evolving academic field, have produced new ways of looking at war that add to our factual, historical knowledge of any one war. These new perspectives include how the people of each side suffered or behaved during wartime, which could last for a long time. These alternate ways of understanding critical events and conflicts also examine the situations and circumstances that drove these people to war, how the soldiers lived during war, and what drug addictions , if any, were prevalent.

Drug abuse during wartime is as old as the history of war. And some wars have been fought over drugs. There is historical evidence of Roman legions bringing wine to the French region for their consumption. And Britain and China went to war over the opium trade. In fact, opium poppies were being cultivated as early as 3400 BC in lower Mesopotamia. The Sumerians referred to it as “Hul Gul”or the “joy plant.”

For centuries, Peruvian elites generously dosed themselves on a cocktail of psychoactive substances and drugs. From the Andes, over 1,000-year-old remains have been found from burial sites containing traces of cocaine, the legendary ayahuasca (harmine and dimethyltryptamine), along with benzoylecgonine, and bufotenine.

Then there are the famous Viking berserkers, frenzied warriors who fought in a drug-fueled, violent rage. These warriors may have ingested a specific kind of mushroom with psychoactive properties – Amanita muscaria , or fly agaric, to fuel their blood lust in battle. Alternatively, it may have been a substance called henbane used for medications (anaesthesis), which are known to cause psychoactive effects, not to mention delirious states, dissociation from reality, or dark and realistic hallucinations.

Drugs have also been used as a currency in war. For example, Colombian insurgents and paramilitaries on the left and right side of the political divide, use cocaine to fund their wars against each other. Others say the CIA has frequently used cocaine as a tool to cause political instability in South American states.

It is interesting to note that war and drugs have a new meaning in the context of modern military life for the suffering that results from battle exposure. The wars of the last 30 years have sent home countless of survivors that needed drugs and treatment programs, to survive the trauma and stress they endured. In some instance the drugs to treat contemporary post-traumatic stress disorder (PTSD) are ancient indigenous hallucinogens.

Hitler’s drug problems must have been enormous given the crimes committed and the long-term secrecy that was essential for the Nazi war machine to continue. Drugs, like coffee and tobacco, would have been essential to keep World War II soldiers alert. However, for the Nazi elites, modern science created even stronger stimulants to complement the expensive powers of opium and cocaine!

Hitler’s drug problems, which were multiple, were also the problems of many of his elite war machine managers. Foreground, left to right: Führer Adolf Hitler; Hermann Göring; Minister of Propaganda Joseph Goebbels; and Rudolf Hess in 1933 or 1934. (National Archives and Records Administration / Public domain )

The 2016 bestseller “ Der Totale Rausch” (The Total Rush ), by German author Norman Ohler, re-released in English as “ Blitzed: Drugs in Nazi Germany ,” looks at the Third Reich through the lens of drug usage and stimulant prevalence from the top of society to the bottom. And believe it or not, the Third Reich was awash with cocaine, crystal meth, and heroin. These substances were widely used and abused by soldiers, factory workers, and housewives.

What’s particularly impressive about Ohler’s research is that it contributes a new perspective on Nazi Germany, one of history’s most widely chronicled and detailed periods. “I guess drugs weren’t a priority for the historians,” said Ohler. “A crazy guy like me had to come along.”

Ohler’s book explores some of the startling accounts have emerged from the previously unpublished findings of Dr Theodor Morell, who was the personal physician of both Hitler and his Italian counterpart, Benito Mussolini. Morell’s private papers record that Hitler used many drugs, in total 74 different substances, but that he absolutely relied on his daily injections of his favorite “wunder” drug, Eukodol. Eukodol is powerful “upper” (stimulant) that renders the user euphoric and makes them incapable of sound judgment!

Hitler’s drug problems were literally war problems when it came to his usage of Eukodol, known as heroin’s chemical cousin. In one vivid account, Hitler is hopelessly hopped up on Eukodol as he senselessly plans the unnecessary Battle of the Ardennes in 1944. Hitler’s drug fueled military offensive towards the western front would be Germany’s last, ending in a bloody defeat and virtually bringing their involvement in the Second World War to a close. 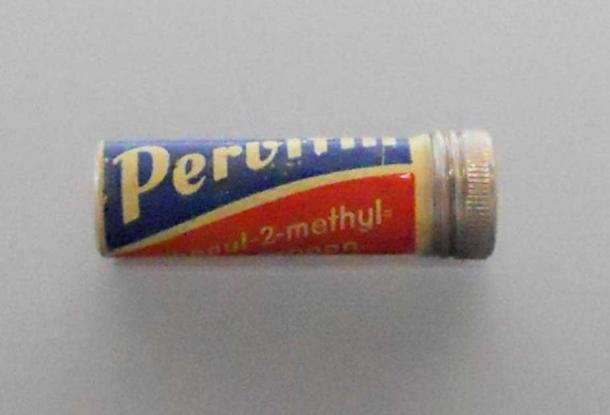 Hitler’s drug problems also included regular cocaine consumption from 1941 onward. He unsurprisingly suffered from a number of ailments, including high blood pressure , chronic stomach spasms, and a ruptured ear drum. And German pharmaceutical companies that had already been making synthetic drugs in the Weimar Republic era continued to aggressively research new ways to numb or stimulate.

Heroin was patented by Germany’s Bayer Company, while cocaine was a trademark of the Merck Company of Darmstadt, Germany. In the 1930s, a company in Berlin called Temmler developed crystal meth, which was branded as Pervitin for daily use.

Letters from German soldiers often refer to needing Pervitin to stay awake. In fact, novelist Heinrich Böll, the future Nobel laureate, wrote these exact words in a letter from the frontline to his parents back at home, begging them for Pervitin in 1939.

By the time Hitler came to power, a myth of purity had been created around him by his innermost circle. The truth was wildly different and came with a double standard. Certain drug abuses, street addicts for example, could be punished with imprisonment or even a one-way trip to a concentration camp .

Now we know that the seemingly energetic Hitler, with his endless energy and enthusiasm, was a German pharma success story. But the pharmaceutical companies of Nazi Germany also created new things to keep the basic soldiers alert and ready. The invention of methamphetamines allowed German armies to “seemingly” be immune to sleep for days on end.

As Hitler’s health problems increased in the 1940s he urged his elite doctor, Morell, to keep pumping his body with what-ever-it-took so that he could keep up public appearances, attend military briefings, and manage daily operations. This abuse would ultimately be a factor in his death, at age 56, with most accounts of the time suggesting evidence of advanced Parkinson’s and rotten mental health. 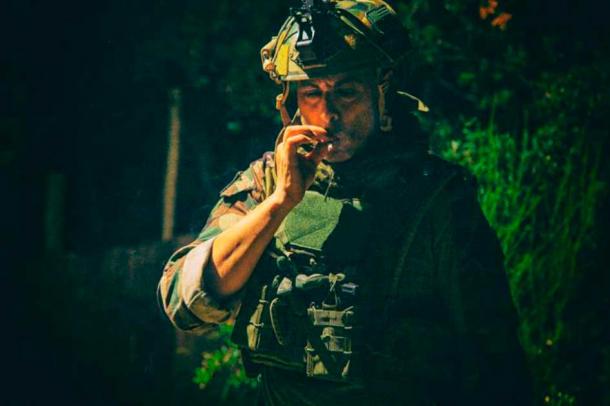 The connections between drugs and war maybe as old as the history of war but new “holistic” wartime perspectives are painting a much clearer picture of how individual soldiers are affected by the stresses of war. ( Getmilitaryphotos / Adobe Stock)

It wasn’t just the Germans who used methamphetamines in World War II. Japan began the industrial production of meth during the war, calling it “a drug to inspire the spirits.”

By 1943, dosed methamphetamines were part of the medical kits of British and American troops.

But the three substances that have the longest history of all, for soldiers and the general population, are still alcohol, tobacco, and coffee!

Dawson, A. S. 2018. The Peyote Effect. From the Inquisition to the War on Drugs . University of California Press.

Kamienski, L. 2016. The opium armies: Drugs and war across the ages. Available at: https://www.livemint.com/Sundayapp/Y84rM2lFVJn8a8Q4mueHEN/The-opium-armies-Drugs-and-war-across-the-ages.html.

Kamienski, L. The Drugs That Built a Super Soldier . Available at: https://www.theatlantic.com/health/archive/2016/04/the-drugs-that-built-a-super-soldier/477183/.

Mankin, E. 2019. War and drugs: Together since forever . Available at: https://knowablemagazine.org/article/society/2019/war-and-drugs-together-forever.

McCarthy, B. 2016. A brief history of war and drugs: From Vikings to Nazis . Available at: https://www.aljazeera.com/features/2016/11/25/a-brief-history-of-war-and-drugs-from-vikings-to-nazis.