Researchers in Israel have found evidence of cooking fish dated to roughly 780,000 years ago. This pushes back the beginnings of humans being able to control fire and cook their food over 600,000 years, totally revising our previous knowledge.

The use of fire to cook foodstuffs marked a significant milestone in human evolution , though its origins have remained disputed. Previously, the earliest evidence dated back just 170,000 years, though some scientific estimates contentiously place fire control and cooking at nearly 2 million years ago. This find in Israel shakes up the previous timeline with actual evidence of earlier cooking by hominins hundreds of thousands of years ago.

Experiments from the Gesher Benot Site and Controlled Use of Fire

These findings, published in Nature Ecology and Evolution , detail the find at the site Gesher Benot Ya’aqov (GBY) in Northern Israel. Scientists have been working for nearly 16 years at the site, which has preserved evidence of hearth-related hominin activities and large numbers of freshwater fish remains. The enormous two meter (6.5 foot)-long carp, found by a team of Israeli researchers, pushes the earliest evidence’s date back 610,000 years. 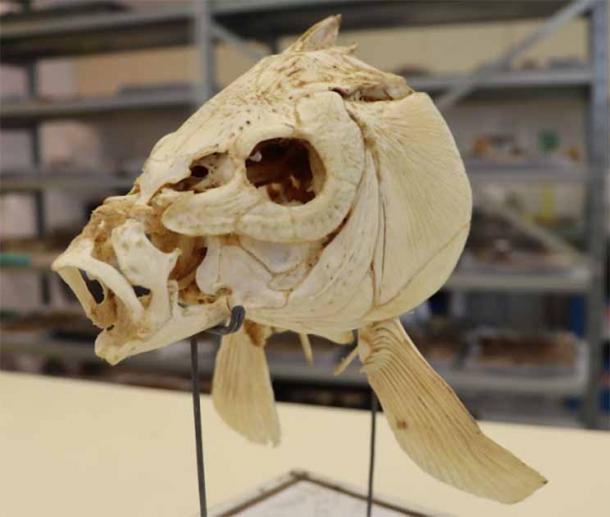 The researchers employed geochemical methods to ascertain any changes in the size of the tooth enamel crystals due to exposure to different cooking temperatures. When put under fire, they were able to microscopically observe the “dramatic” changes in the size of the enamel crystals, but found it more difficult to identify the changes when cooked between 200 and 500 degrees °C (though this was probably the optimal temperatures at which fish were cooked).

According to AFP, they used X-ray diffraction to look at the nanocrystals that make up the enamel – crystalline structures that expand when exposed to the heat. Low temperature is an indicator of cooking, while higher heat implies remains that were burnt by being thrown into the fire, as fuel or garbage disposal. Thus, it was clear to note that there was no spontaneous fire that caused this to occur, but rather, controlled heat.

“The experiments I conducted…allowed us to identify the changes caused by cooking at low temperatures. We do not know exactly how the fish were cooked but given the lack of evidence of exposure to high temperatures, it is clear that they were not cooked directly in fire, and were not thrown into a fire as waste or as material for burning,” said Dr Jens Najorka from the Natural History Museum in London, one of the researchers on the study.

A Vast Diversity of Fish and Efficient Utilization of Energy

The lakeside dwellers feasted on a large variety of freshwater species, explained Dr. Irit Zohar, a curator of the Beit Margolin Biological Collections at Oranim Academic College, and study lead author. The stone tools found at the site match those found across African Homo erectus sites, along with thousands of fish bones, though no human remains have been found at this particular site. 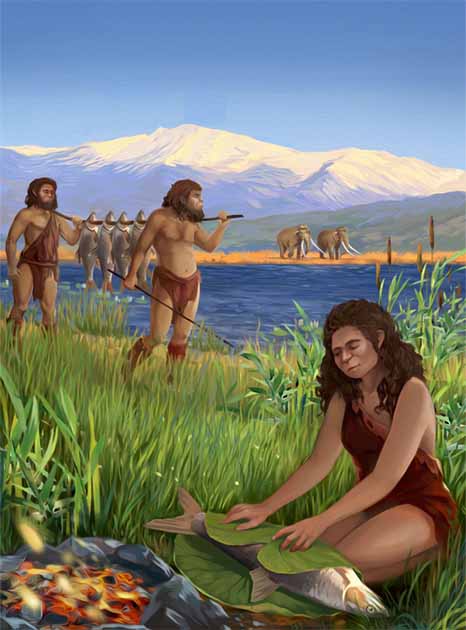 In a press release , Dr. Zohar has further explained that they were able to learn that prehistoric humans had understood the benefits of cooking fish before eating it, which was a huge marker of brain growth . They were enabled by a site and a freshwater source like the ancient Hula Lake at Gesher Benot Ya’aqob, which became central to both their diet and economic stability.

“The fact that the cooking of fish is evident over such a long and unbroken period of settlement at the site indicates a continuous tradition of cooking food. This is another in a series of discoveries relating to the high cognitive capabilities of the Acheulian hunter-gatherers who were active in the ancient Hula Valley region. These groups were deeply familiar with their environment and the various resources it offered them,” added Professor Goren-Inbar.

She further explained that these hunter-gatherer groups, so acutely intertwined with nature , had extensive knowledge of the life cycles of the different plant and animal species in their surroundings. Being able to gain the skill to cook food provided an optimal use of available food resources. Cooking probably extended to other plants and animals as well, not just fish.

SCIENCE & TECH: Mummification Had Nothing to Do With Preservation, Claims Exhibit

Making the switch from eating raw foods to eating cooked food was (and is) one of the key markers of human evolution. Human ancestors had to spend less time eating, chewing and digesting hard, raw food. With this increase in food efficiency, human ancestors spent less time foraging, chewing, and digesting food. Cooking also kills bacteria and increases the energetic value of meat, a reason why raw meat is rarely eaten today.

They instead, developed a smaller and more efficient digestive tract, freeing up energy to enable larger brain growth , and thereby utilize intelligence. As a result, the jaws and skull changed in structure, and the freeing up of time paved the way to develop new social and behavioral systems. Eating fish particularly is seen as a quantum leap in evolution, with its generous quantities of omega-3 fatty acids, zinc, iodine, amongst others, leading to great growth for the brain, reports Haaretz.

John McNabb, a professor at the Centre for the Archaeology of Human Origins at the University of Southampton’s department of archaeology, who corresponded with CNN over email, explained that understanding controlled fire is the key to understanding human evolution.

Though he was not involved in the study, he explained that fire helped prolong the working day, created mechanisms for social bonding, opened up new dietary opportunities, and increased the levels of nutrition. Cooking was the sole reason which allowed Homo erectus to migrate and move into new territories, of which Lake Hula was one!

Top image: A small fish being cooked over a fire. Evidence of cooking fish has been found from 780,000 years ago.           Source: Nicolas VINCENT /Adobe Stock