SCIENCE & TECH: Commodus: The Outrageous Emperor Who Fought as a Gladiator


Roman Emperor Lucius Aurelius Commodus was a corrupt ruler who was not well-received by the Roman people during his reign. He also believed himself to be a reincarnation of Hercules and enjoyed fighting in an arena as a gladiator. His outrageous tactics, such as slaying people with disabilities and slaughtering wild beasts in the arena, brought much negative attention, and were believed to have played a role in his eventual assassination. His tumultuous reign as emperor was the starting point for a period of Roman history that is viewed as having been filled with chaos and decline.

Commodus was Raised to be an Emperor

Commodus was born on August 31, 161 AD in Lanuvium, 14 miles (22.5 km) southeast of Rome. His father was Roman Emperor Marcus Aurelius , and his mother was Faustina the Younger. Faustina was the daughter of Roman Emperor Antoninus Pius and was Aurelius’ first cousin. Commodus was the tenth of fourteen children born to Aurelius and was ultimately the only surviving son. His twin brother, Titus Aurelius Fulvus Antonius, died at age four.

Aurelius’ physician, Galen, was tasked with looking after Commodus to ensure that he stayed healthy and well. Every illness was treated to ensure he remained strong and healthy. From all angles, Commodus was groomed to succeed on the throne. In addition to Galen’s medical attention and treatment, Commodus was also highly educated, with little focus on military training. According to Aurelius, Commodus received his educational training with “an abundance of good masters.”

Aurelius pushed for Commodus to be a leader from a very young age. It is of particular interest that Aurelius craved succession by one of his sons so much because there hadn’t been an emperor who had been succeeded by his own son since Titus succeeded Vespasian in 79. It appears that Aurelius was desperate to have a son of his own bloodline succeed him.

Aurelius himself, and the four emperors that had preceded him, had all been adopted. In 166, at the age of five, Commodus was made Caesar, along with his younger brother Marcus Annius Verus. It was three years later that Verus died, leaving Commodus as the only surviving son. Bestowing the imperial title of Caesar upon Commodus at such a young age further shows Aurelius’ desperation for Commodus to be viewed and treated as royalty.

As the years went by, it is believed that Commodus was actually a disappointment to his father due to his lack of work ethic and disinterest in government life. To some, this was a sign that Commodus was not actually the biological child of Aurelius, and that his mother had conceived him while engaging in an affair. This rumor was further fueled by Commodus’ love for engaging in gladiator battles as an adult, which led to speculation that his father was indeed a gladiator with whom Faustina had an affair.

Disappointment aside, Aurelius continued to promote Commodus through the ranks. Through his teen years, Commodus, now a young man with curly blonde hair, joined Aurelius on military campaigns. On November 27, 176, Aurelius promoted 15-year-old Commodus to the rank of Imperator, which some say is a role similar to commander.

Upon his father’s death in 180, Commodus became the sole emperor. He is viewed as having been an inept emperor, his megalomaniac tendencies leading to odd behaviors which frustrated and upset the Roman people. It appeared that he had no interest in being a leader, and only wanted to take advantage of his leadership powers to fulfill his own desires.

Commodus did initially engage in some leadership-oriented activities, although not always in the favor of the Roman people. He negotiated a peace settlement in Rome’s favor. He also devalued Roman currency, reducing the weight of the denarius and reducing the purity of silver.

But it didn’t take long for him to delegate his leadership responsibilities to others so that he could engage in activities in which he enjoyed. In the famous words of noted historian Dio Cassius, Commodus’s lack of interest in political affairs was the starting point for the decline of the Roman Empire, leaving Commodus responsible for initiating Rome’s decline “from a kingdom of gold to one of iron and rust.”

The activities which held Commodus’ attention and with which he spent his time were primarily surrounding “gladiatorial combat.” He would take to the arena and engage in combat, which the Romans viewed as being scandalous and disgraceful. He was very vain, and strongly believed himself to be the reincarnation of Hercules – so much so that he ordered statues of himself be dressed like Hercules, and he ordered that people call him Hercules, son of Zeus. 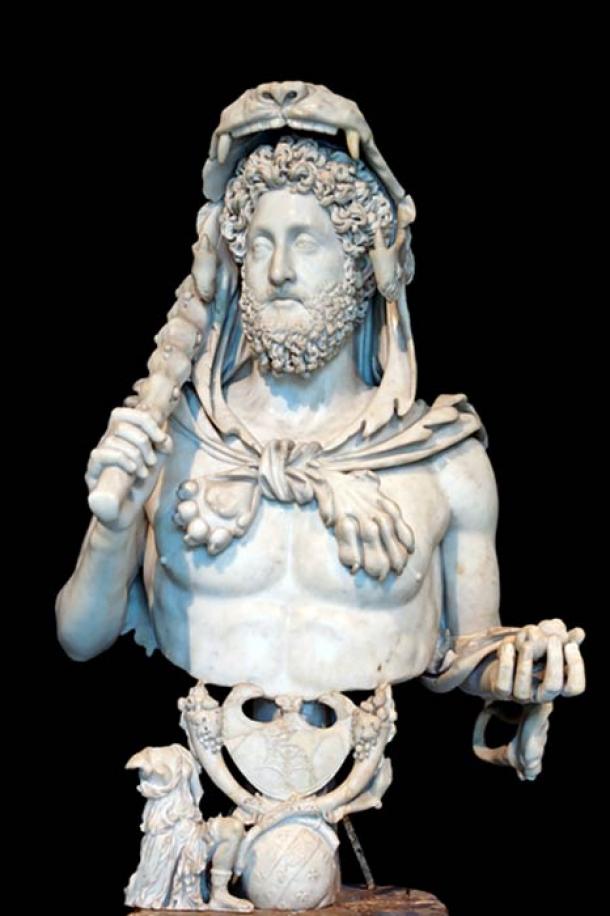 Bust of Commodus as Hercules, hence the lion skin and the club. Roman Artwork. ( Public Domain )

While fighting in the arena, opponents would submit to Commodus, as emperor, and their lives were spared. However, in private practice fights, Commodus would slay his opponents. The Romans were outraged when Commodus would order wounded soldiers and amputees into the arena to be slayed. Non-military citizens who had lost their feet due to injury or illness would be tied together for Commodus to club to death. Commodus would also slay exotic animals, such as lions, ostriches, hippos, elephants, and giraffes. This horrified the Roman people. 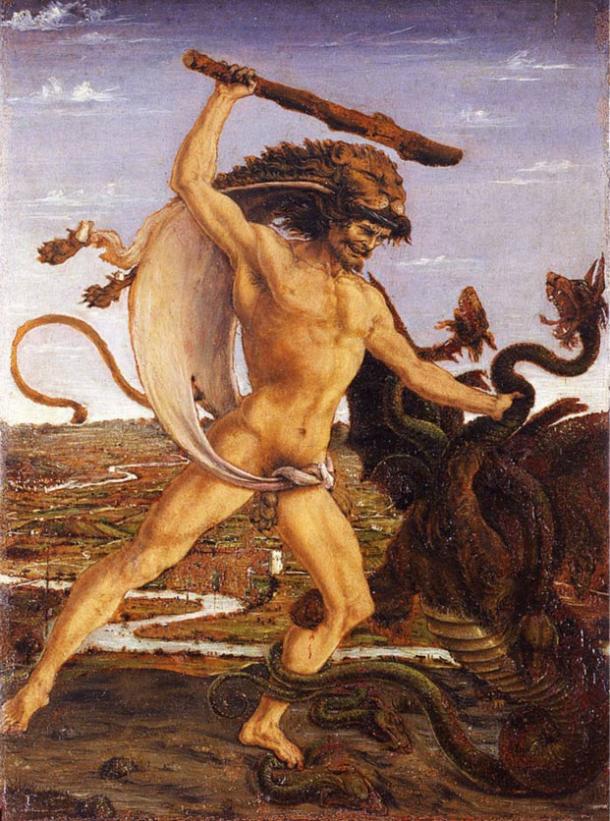 Hercules and the Hydra (ca. 1475); the hero wears his characteristic lionskin and wields a club. ( Public Domain )

How was Emperor Commodus Killed?

Ultimately, it is believed that Commodus’ outlandish behavior led to his eventual assassination. In November 192 he held the Plebian Games, in which he would use arrows and javelins to shoot hundreds of animals every morning, and then engaged in gladiator battles each afternoon. By December of that year, he declared that he would inaugurate the New Year on January 1, 193 as a gladiator in the arena. This caused much outrage, and inspired prefect Laetus to start a conspiracy to assassinate the emperor.

Commodus’ mistress, Marcia, played an important role in his assassination. First, she attempted to kill him by poisoning his food. But he vomited the poisoned food up, foiling that plan. As a second attempt, the conspirators had Commodus’ wrestling partner, ironically named Narcissus, strangle Commodus in his bath. This assassination attempt was successful, and both Commodus’ reign as Roman Emperor, and his life, ended on the final day of 192.

Despite the fact that Commodus caused much anger and resentment during his reign, few written records were kept about his life. Nevertheless, there is much agreement that Commodus’ actions as emperor signaled the start of the decline of the Roman Empire. Clearly, choosing to “play gladiator,” mercilessly killing animals and people with disabilities, was not a strategy that served to promote Roman culture, no matter how brutal it was at the time.

(Visited 10 times, 1 visits today)
Join @usnews on Telegram
KNOWLEDGE is POWER / REAL NEWS is KEY
Woke & Liberal News is Fake News
You will find it on:
CNN - CBS - MSNBC - ABC - The New York Times - The Washington Post - Facebook - Twitter and more
They ALL SUCKS and simply DO NOT tell you the truth PERIOD