Imagine cheese left out of the fridge for longer than a few hours in a hot, arid climate. You might imagine smelling wet socks and dirty feet. Now, imagine cheese left unattended in some obscure storage for 2,600 years! This was the scene facing archaeologists working in Egypt’s Giza in the Saqqara antiquities area , who stumbled upon blocks of halloumi cheese that had been lying unattended for over two and a half centuries – what if you got a whiff of that?

What is Halloumi? A Rubbery Cheese with a High Melting Point

Halloumi is a traditional Cypriot cheese made from a mixture of goat, sheep, and sometimes cow’s milk, with a ‘squeaky’ texture. Although it can be eaten raw, with a high melting point, it can be easily grilled and fried, allowing it to be substituted for meat. Its rubbery, semi-hard texture could be compared to mozzarella.

Halloumi became popular in Eastern Mediterranean cultures . The Cypriot Turkish name hellim stems from this source, along with the name of the different modern Egyptian cheese, halumi. Modern day halloumi is made from the cheapest and most widely-available milk in the industrial world, cow’s milk .

The earliest mention of halloumi was recorded in the mid-16th century by Italian visitors to Cyprus. There is no definitive answer as to the origin of the quintessential halloumi recipe. Was it invented in Cyprus, then carried to Lebanon and the Levant area? Did basic cheese making and melting techniques evolve over time in various parts of the eastern Mediterranean? The latest discovery in Egypt is adding to the story. 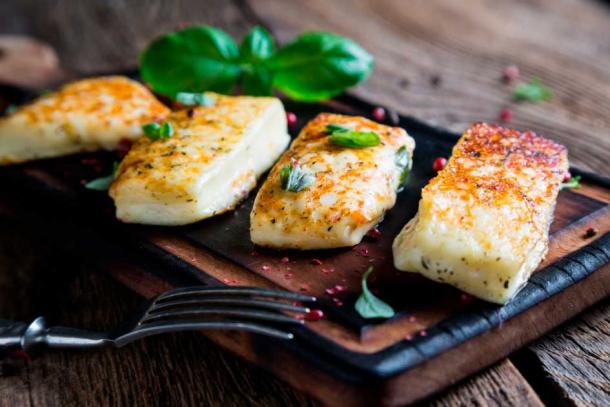 Blocks of White Cheese and Halloumi in Saqqara

According to Mostafa Waziri, Secretary-General of the Supreme Council of Egyptian Antiquities, these blocks of molded white cheese were found inside a group of pottery vessels with inscriptions in Demotic, an ancient Egyptian script discovered on the famous Rosetta stone . The cheese was discovered as part of an Egyptian mission at Saqqara, the Ministry of Tourism and Antiquities reports.

The Saqqara area has been a treasure trove of ancient relics. In recent years, more than 100 sarcophagi have been discovered in the necropolis area, becoming the subject of a 2020 documentary on Netflix . The Egyptian Antiquities Mission has been working on the site since 2018, and through five archaeological excavations, have uncovered a hoard of exciting discoveries! 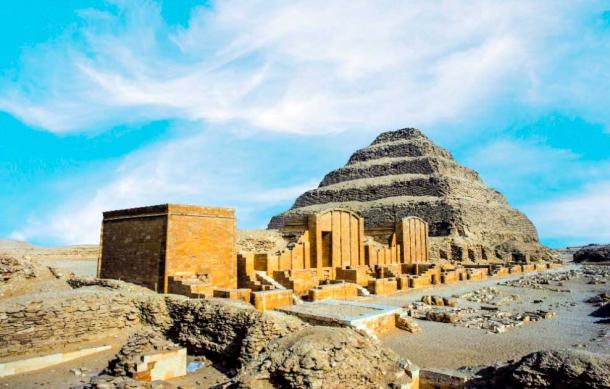 What other incredible discoveries await in the Saqqara necropolis complex? ( travelview / Adobe Stock)

The pots of halloumi have been dated back to the 26th and 27th Egyptian dynasties (roughly 664-404 BC). Ancient white cheese was called haram, which was changed to halloum during Coptic times (from the 3rd to 7th centuries BC).

There are still several unopened vessels, with plans to open the rest and check for more cheese in the pipeline. The first time that ancient Egyptian cheese production was uncovered and identified in 2018, it was even older than the current find, more than 3,200 years old! The subsequent research confirmed that the cheese, found in the Saqqara necropolis , had a really acidic bite. Would you have volunteered to taste it?

Since 2018, “Wahi”, the tomb of a Fifth Dynasty priest, has been discovered, as well as 7 rock tombs, three tombs from the New Kingdom, and four tombs and a façade of a tomb from the Old Kingdom. In addition, more than a thousand faience amulets, dozens of wooden cat statues, and cat and animal mummies were discovered, as reported by See News . 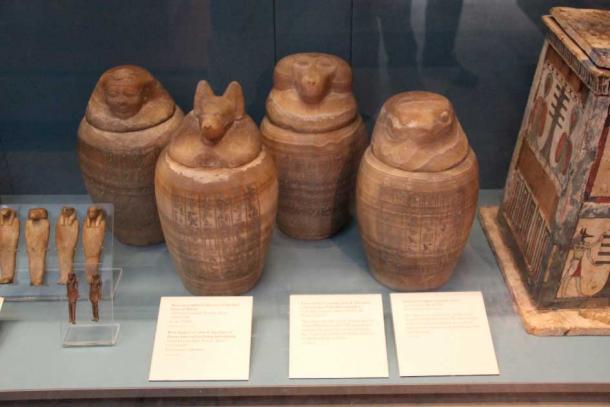 The finest of the discoveries was in 2020 , when 100 closed sarcophagi from the Late Era (664-332 BC) were found in pristine condition inside burial wells. This haul also included 40 statues of the god of the Saqqara cemetery, Ptah Suker, with gilded parts, and 20 wooden boxes of Horus.

As recently as May 2022, 250 sarcophagi with well-preserved mummies were found and displayed at Saqqara. Excitement awaits the uncovering of the remaining pots of cheese (presumably) and future excavations at Saqqara!

Top image: Archaeologists at the Saqqara site where the blocks of halloumi cheese were discovered. Source: Ministry of Antiquities