Two sources close to Ciattarelli’s campaign told the New York Times on Thursday that Ciattarelli will appear at 1 p.m. on Friday near his home in Raritan, New Jersey, to concede defeat to Gov. Phil Murphy now that he stands 2.9 percentage points below him with a 74,000-vote gap.

“By Thursday, Mr. Murphy’s lead had reached 2.9 points — a full percentage point greater than the margin of victory in Virginia, where the former Democratic governor, Terry McAuliffe, conceded his race against a Republican businessman, Glenn Youngkin, the morning after polls closed,” noted the Times.

New Jersey Republican gubernatorial candidate Jack Ciattarelli greets supporters in a hotel ballroom at his watch party on November 02, 2021, in Bridgewater, New Jersey. The race between Ciattarelli and his Democratic incumbent Phil Murphy was too close to call by the end of the night. (Photo by Spencer Platt/Getty Images)

Last Wednesday, the Associated Press and the New York Times called the race for Murphy when he led Ciattarelli by just over 19,000 votes. Hours after the call, Ciattarelli’s campaign called it “irresponsible.”

“Phil Murphy and Jack Ciattarelli are separated by a fraction of a percent out of 2.4 million ballots cast. It’s irresponsible of the media to make this call when the New Jersey Secretary of State doesn’t even know how many ballots are left to be counted,” the campaign said.

The delay in having the race called likely stemmed from a snafu out of Essex County, where a poll worker mistakenly shut off voting machines in 56 districts before the count had finished.

“A mistake by a poll worker led machines in 56 voting districts in Essex County, the state’s second-most populated region, to be turned off before their ballots were tallied, local election officials said,” reported the New York Post.

Beyond Essex County, Passaic County had similar voting issues in five districts that heavily leaned toward Murphy, which likely delayed the call into Wednesday.

Come Thursday, Jack Ciattarelli released a video announcing his refusal to concede the election just yet, while dismissing conspiracy theories about election fraud. 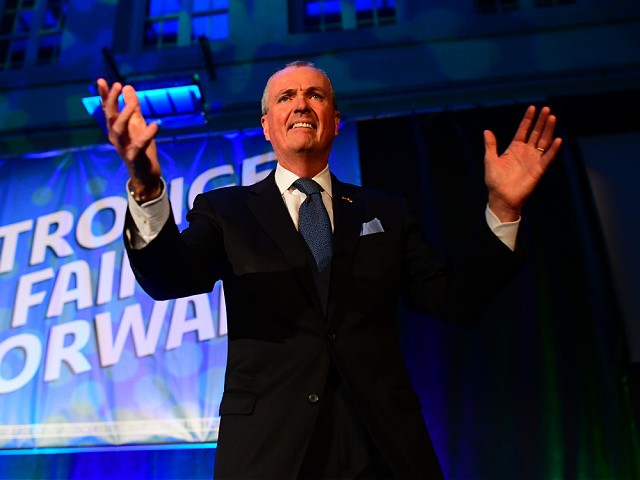 New Jersey Governor Phil Murphy speaks during an election night event at Grand Arcade at the Pavilion on November 2, 2021, in Asbury Park, New Jersey. New Jersey residents went to the polls Tuesday to vote in the gubernatorial race where Murphy faced off against Republican challenger Jack Ciattarelli. (Photo by Mark Makela/Getty Images)

“Right now what’s most important is for everyone to be patient and let the process play out. Know this, my team is comprised of some of the best legal and political experts in the country,” he said. “I promise you, whatever the outcome, the election results will be legal and fair.”

However, as the days unfolded, Murphy’s lead only widened as the vote tally began to include mail-in and provisional ballots from largely liberal counties in New Jersey, making a Ciattarelli victory statistically unlikely. Despite the impending loss, the close results stunned political experts across the aisle, given that Ciattarelli trailed Murphy by 11 points just a week before the election. Coupled with Republican truck driver Ed Durr’s stunning defeat of veteran New Jersey State Senate President Steve Sweeney, Ciattarelli’s performance was seen as an ominous sign for things to come for Democrats in the 2022 midterm elections.

“New Jersey Gov. Phil Murphy narrowly won his race for a second term Wednesday night, to the relief of Democrats stunned by their loss in Virginia, but the narrow margin and a strong Republican surge across the Garden State left them alarmed and wondering what went wrong,” the Washington Post noted.

(Visited 47 times, 1 visits today)
Join @usnewscom on Telegram
KNOWLEDGE is POWER / REAL NEWS is KEY
Woke & Liberal News is Fake News
You will find it on:
CNN - CBS - MSNBC - ABC - The New York Times - The Washington Post - Facebook - Twitter and more
They ALL SUCKS and simply DO NOT tell you the truth PERIOD