Democrats are beginning to have buyer’s remorse with President Joe Biden’s Attorney General Merrick Garland, according to a new report from Business Insider.

“[Garland’s] measured, mild-mannered approach has stuck with him from his quasi-monastic past life as a federal judge,” Business Insider writes. “And frustration among some Biden’s allies has only grown as they experience Garland’s methodical ways of running a DOJ that must reckon with the Trump years and an invigorated onslaught of partisan political attacks.”

Before leading the U.S Justice Department, Garland spent 24 years as a federal judge serving on the U.S. Court of Appeals for the District of Columbia Circuit. Garland’s lengthy service in the judicial branch caused some Democrats to worry about his effectiveness as an executive branch official.

U.S. Vice President Joe Biden congratulates Judge Merrick Garland after he was nominated by U.S. President Barack Obama to the Supreme Court in the Rose Garden at the White House, March 16, 2016, in Washington, DC. (Photo by Chip Somodevilla/Getty Images)

“He’s been out of the hurly-burly for 25 years, it’s hard to get back into the arena. I think that’s part of the problem here,” a former top Obama administration official told Business insider.

“He seems incapable of making decisions. He’s running it like it’s a chambers, where he’s going to have to write an opinion or something,” the official continued. “He’s been a judge, where people are super-nice to you all the time, No one really questions you. Somebody might write a dissent, but it’s an academic dissent.”

Garland recently appeared at a congressional oversight hearing and drew criticism not only from the Republican Party but the Democrat Party as well.

Republicans were critical of the Attorney General for reportedly labeling parents across the country as domestic terrorists. However, Democrats would have liked to see Garland push back on the Republicans more. 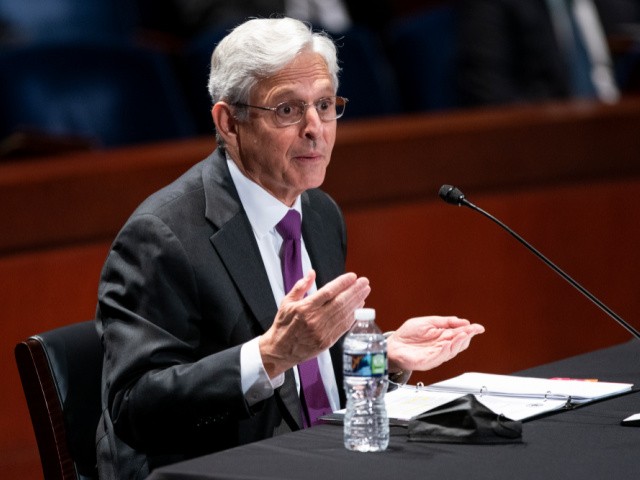 “He didn’t do great, but a huge factor is that he’s never been the type of individual that plays the political show that Republicans play. … We learned a lot from that oversight hearing,” a Democratic Senate aide told Business Insider.

POLITICS: At just 36% support, Biden slips to a record low in a new poll

(Visited 3 times, 1 visits today)
Join @usnews on Telegram
KNOWLEDGE is POWER / REAL NEWS is KEY
Woke & Liberal News is Fake News
You will find it on:
CNN - CBS - MSNBC - ABC - The New York Times - The Washington Post - Facebook - Twitter and more
They ALL SUCKS and simply DO NOT tell you the truth PERIOD